Manitoba – one province is still missing

This is our eighth trip to Canada, and it is exactly one province that is still missing in our collection: Manitoba, “The Keystone State”. Since the most eastern of Canada’s prairie provinces does not offer enough highlights for a three-week round-trip, half of this tour will take us through North Dakota, the bordering US state to the south, which we have also never visited.

We begin our journey north of Winnipeg, the capital of Manitoba. The historic bridge at Lockport is currently under repair; here the Red River meets the Red River Floodway, the canal that runs around the city and is designed to protect it from flooding. Lower Fort Garry is the first National Historic Site we will encounter on this journey. At Lake Winnipeg, we spend the night in Gimli, a small town with Icelandic heritage.

The next day we cross the loneliness of the Interlake Region, the area between the two great lakes, Lake Winnipeg and Lake Manitoba. A narrow passage between the east and west banks is connected by a bridge, “The Narrows”, and this brings us to Dauphin, the gateway to Riding Mountain National Park. It is the only national park in the south of this huge province.

Via Brandon, Manitoba’s second largest city, our route winds its way through Spruce Woods Provincial Park and the small town of Souris to Boissevain in the Turtle Mountains in the far south of the province. From here it is only 25 km to the International Peace Garden, the only park in North America shared by Canada and the United States. You can get in without any control; however, upon leaving the park, either the Canadian or the American border control awaits you with all its formalities, depending on whether you turn left or right.

We have decided to turn right, and after answering a few questions (“no, we don’t have drugs or guns”) we are in North Dakota. Just across the border in Dunseith there is a giant turtle made out of car rims; a little later we reach the geographical center of North America in Rugby. We spend our first night in the USA in Minot, a supply center in the north of the state.

The following day we reach Lake Sakakawea, a reservoir formed by blocking of the Missouri River and the second largest reservoir in the U.S. in terms of surface. A detour to Little Missouri State Park takes us to the colorful scenery of the Badlands, which we already know from our visit to South Dakota. 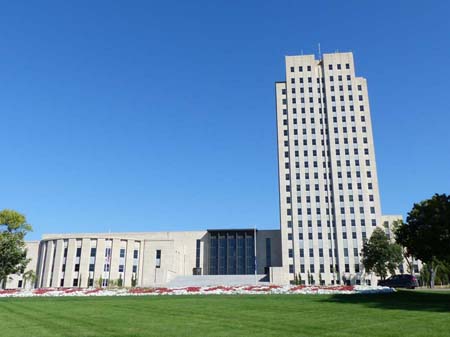 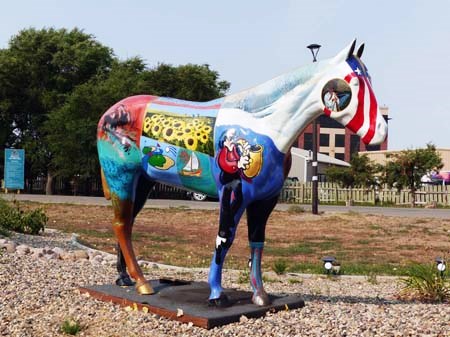 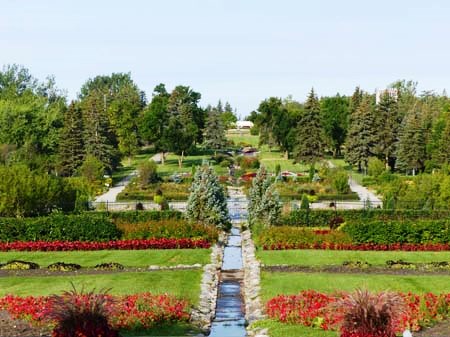 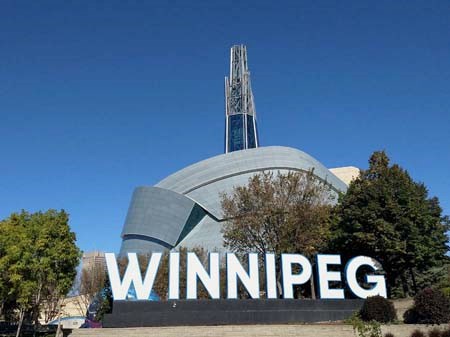 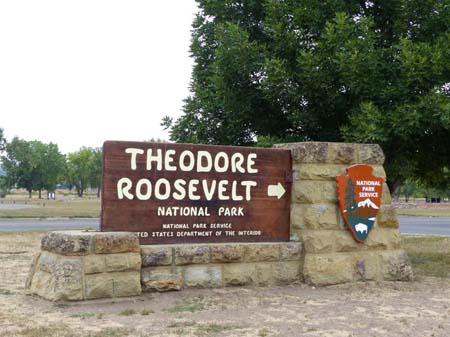 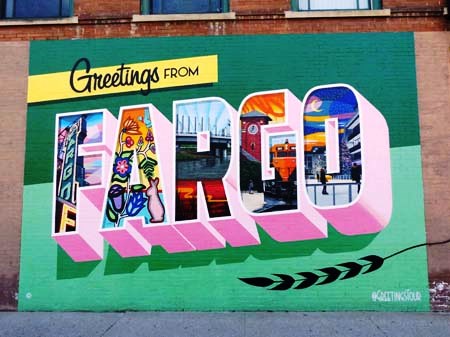 The landscape in the northwest of the state is decisively shaped by oil production. The Bakken oil field has catapulted North Dakota to second place among the oil-producing states in the USA in just a few years; only Texas is currently producing more oil. It is no surprise, then, that the cities of Watford City and Williston almost doubled their population in the last decade; an international airport even opened near Williston in 2019.

With all the oil boom, it’s easy to forget that there are some important historic sites located here too: the Fairview Lift Bridge (raised only once during its functional test), Fort Buford at the confluence of the Yellowstone and Missouri River and – already located a few yards in the state of Montana – Fort Union Trading Post.

Highlight of our trip through North Dakota is a visit to the Theodore Roosevelt National Park. In addition to a fascinating landscape, we enjoy the trusting prairie dogs in the northern unit, while several herds of bison populate the prairie (and partly also the road) in the South Unit. Medora and Dickinson serve as a base for day trips into the park.

There would be no need to drive any further south if it weren’t for the Enchanted Highway. Along this 32-mile road eight huge sculptures, some of which are more than 60 feet high, actually make driving along this road a magical experience. Via New Leipzig (the Oktoberfest is being celebrated here with lots of pumpkins) and New Salem with “Salem Sue”, the world’s largest Holstein cow, we approach Lake Sakakawea once again and spend a day walking in the footsteps of Lewis & Clark, who once explored the way to the west. Via Garrison Dam we reach the Lewis and Clark Interpretive Center and Fort Mandan and finally Bismarck, the tranquil capital of North Dakota.

Through Minnesota back to Winnipeg

The next stops on our way east are the cities of Jamestown (with the world’s largest bison statue and the National Bison Museum) and Fargo, the largest city in North Dakota. Moorhead on the east bank of the Red River is Fargo’s sister city; so we quite unexpectedly come to our first trip to the state of Minnesota. Buffalo River State Park is also located here, and since we want to go north anyway, we can also drive through Minnesota’s Red Lake County.

One last time we head for North Dakota with the city of Grand Forks, then we drive through the loneliness of Minnesota back to Manitoba. On the Trans-Canada Highway we visit the Centre of Canada Park (the middle of Canada between east and west coast) and finally return to Winnipeg where we spend the last three days of this round trip.