Three small provinces in eastern Canada are called Maritimes: Nova Scotia, New Brunswick and Prince Edward Island. Together with Newfoundland and Labrador, they are also called Atlantic Provinces due to their geographical location.

Our journey begins in Halifax, the largest city in the Maritimes; you should allow at least one day for your visit. We leave the area along the south coast; our first destination is Taylor Head Provincial Park, where we find an interesting hiking trail. At Sherbrooke we turn north and reach the bridge to Cape Breton Island. In Baddeck we visit the Alexander Graham Bell National Historic Museum; the exhibition vividly explains how Bell invented the telephone.

Then it’s time for the Cabot Trail, one of the most famous routes in Canada. The road with a length of approximately 300 kilometers winds along the coast of Cape Breton all around the island. The western entrance to Cape Breton Highlands National Park, a paradise for all hiking fans, is located in Chéticamp. Most famous is the Skyline Trail, a premium hiking trail of about 10 kilometers. Halfway along the trail there is a boardwalk with more than 250 steps and a magnificent view of the Atlantic Ocean.

Cabots Landing Provincial Park at the northern end of the island is supposed to be the place where the explorer John Cabot landed in 1497. On the way back on the east coast we recommend to have a coffee at the Dancing Moose Café – the atmosphere is great. We cross St. Ann’s Bay on the Englishtown ferry and continue to industrial Sydney; don’t miss the giant fiddle at the harbor. Further south, Fort Louisbourg is considered to be the largest fortress in North America.

Before we leave the island, we have a look at historic St. Peter’s Canal. We continue to the small ferry port of Caribou, where we transfer to Prince Edward Island. Charlottetown, the capital of the island, looks quite nice, but far more exciting is the Green Gables estate, the main attraction of the island. The farm served as a model for the world-famous children’s book “Anne of Green Gables”. The Canadian Potato Museum in O’Leary is worth a visit, too – after all, 25 percent of all Canadian potatoes grow on this small island. The two lighthouses at Cape North and Cape West are nice to look at, but do not offer any touristic infrastructure. 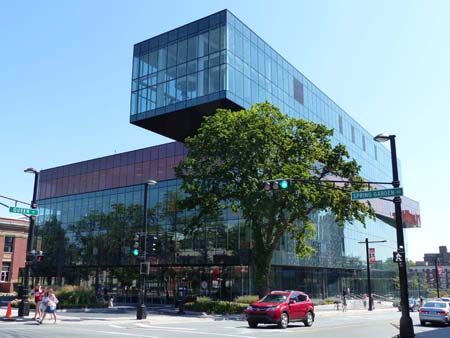 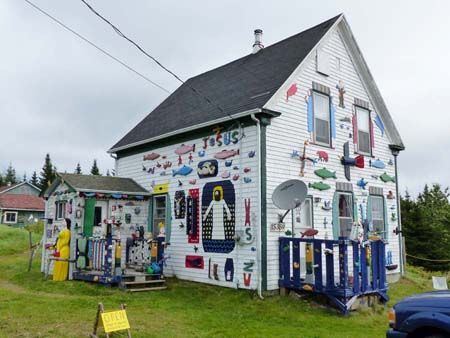 We reach New Brunswick by crossing the impressive Confederation Bridge. First stop is Shediac, lobster capital of the world (there is a giant lobster monument at the harbor). The Dune de Bouctouche is an extended sand dune which can be explored from a beautiful boardwalk. Miramichi and Grand Falls are mere supply towns; Hartland, on the other hand, has the longest covered wooden bridge in the world. Fredericton, the pretty little capital of the province, can be visited within some hours.

Our next destination is St. Stephen, separated from the US state of Maine only by a river and three bridges. The city is the “chocolate town of Canada”, as Ganong Bros. is located here, Canada’s oldest chocolate factory. We recommend a guided tour through the production to be followed by a cup of delicious hot chocolate. Nearby St. Andrews is a really pretty town with the luxury hotel Algonquin, an architectural jewel.

Saint John is definitely worth a visit due to the Reversing Falls; the St. John’s River changes direction twice a day. St. Martins is the only place in the world where you can take a picture of two covered bridges and a lighthouse at the same time. In any case, do not miss a drive in the Fundy Trail Park; this toll road of approximately 30 kilometers is beautifully designed and offers great views of the Bay of Fundy.

Besides the Cabot Trail, Fundy National Park is the second top destination of the Maritimes. Cape Enrage has the oldest lighthouse in New Brunswick; from there it is only a short drive to Hopewell Rocks, also called Flowerpot Rocks. The bizarre rocks are standing on the sea floor while trees and bushes are growing on top of them. It is possible to walk between the rocks until the tide arrives and raises sea level by incredible 21 meters. Flowerpot Rocks is an absolute must see on this tour! Via Moncton and Sackville (with the beautiful Waterfowl Park) we arrive at Truro. Victoria Park, a spacious forest park with steep wooden stairs, rocky cliffs and two waterfalls, can be highly recommended.

The last part of the journey takes us through the southwest of Nova Scotia. The Grand-Pré National Historic Site near Wolfville commemorates the deportation of the Acadians by the British. Annapolis Royal is the gateway to Kejimkujik National Park, and Yarmouth is the western supply centre without much flair. On our way back along the south coast there are two more tourist attractions: the small town of Lunenburg is Canada’s oldest German settlement and welcomes us with its colorful houses and an idyllic harbor. Before we reach Halifax, we visit Peggy’s Cove; Peggy’s Point Lighthouse is the most photographed lighthouse in Canada. Our tour through the Maritimes ends at Halifax International Airport.