Natural Wonders of the Southwest

This year we start our tour in San Diego. Further southwest in the USA is impossible; there is even a tram to Tijuana in Mexico! We allow three days for the city – it is worth it.

Our first stop in the southwestern wilderness is the Anza-Borrego Desert State Park. There you do not only find dozens of different cactuses, but also around 130 metal sculptures spread all over the desert. It really looks crazy! The Algodones Dunes in the middle of the Colorado Desert are another highlight; here really nothing grows anymore.

In Yuma (“Death Train to Yuma” is a well-known western) we are already in Arizona. If you turn south in Gila Bend two hours further east, you reach – again just next to the Mexican border – the Organ Pipe Cactus National Monument in the middle of the Sonora Desert. On a scenic loop of 23 miles you can see them everywhere, cactuses that look like organ pipes. After this detour it is time for Tucson, an ideal starting point for the excursions of the next three days.

The Saguaro National Park consists of an eastern and a western part. Both can be visited easily from Tucson, as well as the weird rocks of the Chiricahua National Monument and the small cowboy town of Tombstone, “The town too tough to die!” Biosphere 2, a highly interesting experimental facility for the creation of a self-sustaining ecosystem, is also only a few miles away. On the way to Phoenix, Arizona’s capital, we stop at the Casa Grande Ruins National Monument; then we visit the morbid village of Tortilla Flat (with six inhabitants the smallest community in the USA) and the ghost town of Goldfield. 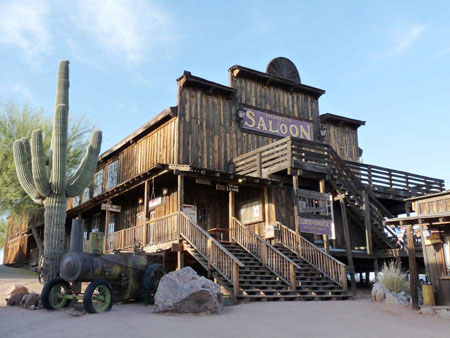 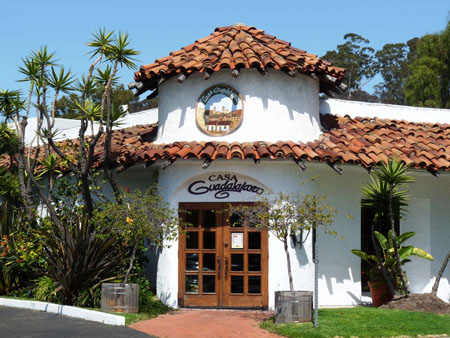 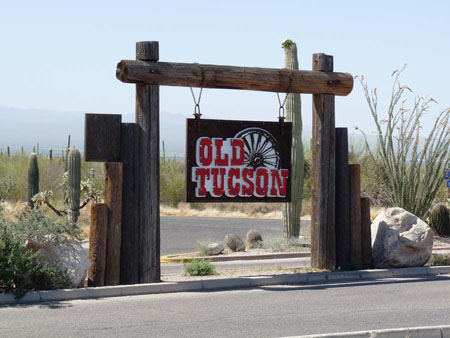 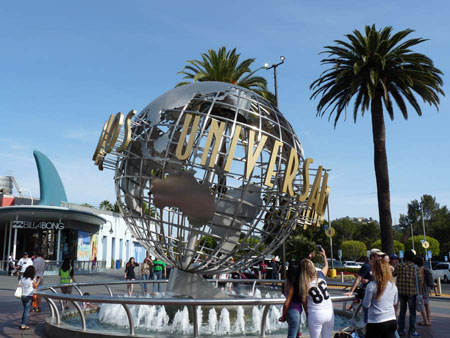 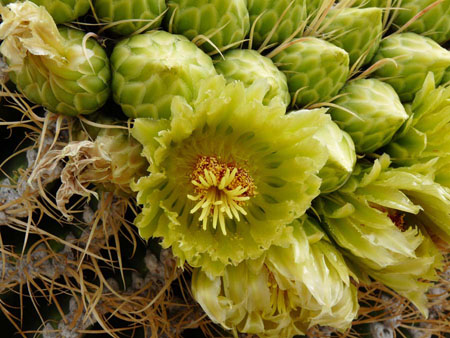 On our way north, Camp Verde is home to the world’s largest Kokopelli, a religious figure showing a flute player. We continue to Montezuma Castle National Monument, a well-preserved rock castle. The next accommodation is in Sedona, also called “Beverly Hills on the Rocks”. The distinctive rocks of Red Rock County are glowing in the sun and have names like Cathedral Rock, Bell Rock or Teapot Rock. From Sedona it is only a short trip to Flagstaff and to Walnut Canyon National Monument, a rather impressive gorge again with rock dwellings.

We are heading west again. Between the two cowboy towns of Cottonwood and Clarkdale lies the Tuzigoot National Monument, another former native American settlement. Via Jerome (located like on the Amalfi Coast), Prescott (once the provisional capital of Arizona) and Kingman (without any charm) we reach Lake Havasu at the lake with the same name. There are two outstanding sights here: London Bridge, imported from London and rebuilt true to the original, and Parker Dam with the highest dam in the world. Last destination in Arizona is Quartzsite where we see a little pyramid crowned by a small camel, the grave of Hi Jolly, a camel driver from Syria.

When we reach Joshua Tree National Park, we are back in California. The joshua palm lilies only exist in this part of the Mojave Desert. A last excursion into nature is waiting in Palm Springs, where we take the Palm Springs Aerial Tramway up to Mount San Jacinto. Then we are ready for the big city – Los Angeles, America’s second largest metropolis is waiting for us. The next two days we spend in Downtown LA, in Hollywood and Beverly Hills and on the beaches of Santa Monica, Venice Beach and Malibu.

As we also want to visit friends, we last saw 27 (!) years ago, we follow the Pacific coast northwards. Via Santa Barbara with the most expensive residential area in the whole USA and San Luis Obispo with Bubblegum Alley, a small alley of 21 meters length, decorated exclusively with used chewing gums, we finally reach Arroyo Grande.

Returning to the southwest is relatively uneventful. We struggle our way through the greater Los Angeles area, have a little stroll through Oceanside (with the longest wooden pier on the west coast), take a few pictures of Legoland in Carlsbad and finish the tour at the beach of La Jolla, a suburb of San Diego.