In the Deep West

Around the Sierra Nevada – hardly a round trip has been more diverse. Four impressive national parks, blistering heat and snow within a few days, a totally crazy city and even more crazy attractions “in the middle of nowhere” – just come along.

Starting point is the gambling city of Las Vegas. No place in the USA is more colorful and more glittering – it is like a huge amusement park. However, if you leave the city and drive just one hour, the contrast could not be bigger – welcome to the desert. Our first stop is the Red Rock Canyon with its 14-mile long panorama road. Before you leave Nevada, you should definitely see Rhyolite, a ghost town decorated with colorful artwork. Over the Daylight Pass the road leads down into Death Valley – even in May temperatures of 40 degrees Celsius are not unusual.

After two days in the park we follow the Sierra Nevada on the east side through Owens Valley. The Alabama Hills are famous for their fantastic granite rocks and were used as a setting for dozens of movies. The Manzanar War Relocation Center commemorates the internment of Japanese-Americans during the Second World War. The winter sports resort of Mammoth Lakes is high up in the mountains; a beautiful trail leads around Horseshoe Lake. Back down in the valley, we visit Mono Lake with its bizarre limestone tuff formations and Bodie State Historic Park, another ghost town with 170 buildings.

If you want to circle Lake Tahoe on the western side, you have to climb up again. On our way we pass South Lake Tahoe and Tahoe City. Next destination on this zigzag course is Carson City, the capital of Nevada. The former mining town Virginia City is a charming historical place. Strolling through the little town is great fun. For Reno, on the other hand, according to its own statement “The biggest little city in the world”, you do not have to allow too much time. 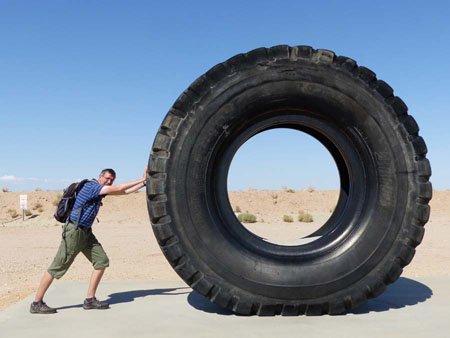 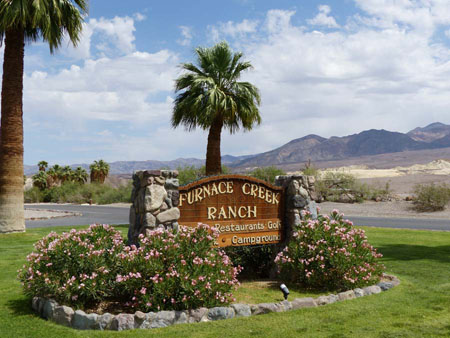 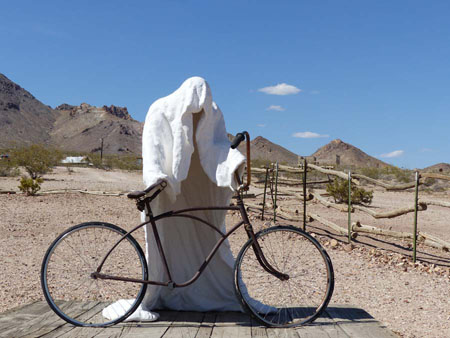 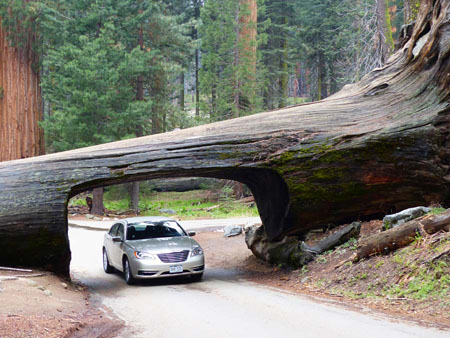 Now we have to go west and cross the Sierra Nevada, the longest and highest mountain range of the USA. Our destination is Sacramento, the capital of the state of California. Around the state capitol and especially in Old Sacramento there is a lot to see. Near San Rafael, the next stop on our route, you will find Muir Woods National Monument with 800 years old sequoias and the Point Reyes National Seashore, a bird paradise right on the Pacific Ocean.

On US 101 we roll over the most famous bridge in the world, the Golden Gate Bridge. This time we skip San Francisco; instead we drive directly to Silicon Valley and visit the headquarters of Facebook, Google and Apple as well as the renowned Stanford University.

Next to Santa Cruz begins the 17-Mile-Drive. The toll road starts in Monterey and ends in Carmel-By-The-Sea. We follow US 1 along Big Sur, a coastal section of approximately 100 km. The Bixby Creek Bridge is impressive, framed by one or two state parks. The Piedras Blancas Elephant Seal Rookery is an absolute highlight. Depending on the season, up to 15.000 (!) elephant seals populate the beach close to each other. It is an incredible sight! What follows is Hearst Castle, the fairytale castle of former newspaper tycoon William Randolph Hearst. As a touristic counterpart to the hype about Hearst Castle, our next travel tip is Nit Wit Ridge, an enchanted house built from all kinds of waste materials.

At Arroyo Grande we leave the coast and head again for the Sierra Nevada. Our destinations are the three national parks Yosemite, Kings Canyon and Sequoia, where we will spend the next four days. To make our round trip a full circle, we travel around the southern part of the Sierra Nevada now. If you are interested in raisins, you can visit the Sun-Maid raisin factory in Kingsburg. Bakersfield is the center of country music in the west; fans of this music style will visit Buck Owens Crystal Palace.

The detour to Edwards Air Force Base is only worthwhile for aviation enthusiasts; more exciting in any case is the visitor center of the Rio Tinto Borax Mine in Boron. Here, half of the borax needed worldwide is mined. The last highlight is the Hoover Dam, whose gigantic wall dams up the Colorado River right on the border between Arizona and Nevada. The result is Lake Mead, the largest reservoir in the United States. From here it is only a one hour’s drive back to Las Vegas.