Middle of the West

In the Middle of the West

This tour takes us to seven states, which are geographically part of the southwest, northwest and midwest. Therefore, we call this route a journey to the middle of the west. We will not see really big cities this time, but there are great parks, lots of national monuments and many animals and plants that we will see here for the first time.

Like we did a few years ago, we start in Denver. From there we head to Cheyenne, the capital of Wyoming. The charming city with the “big boots” is nice to explore and invites us to stay for a day. The Scotts Bluff National Monument is already located in Nebraska and used to be an important landmark in the days of the covered wagons.

Another landmark is Chimney Rock, practically in the middle of nowhere. The next attraction, Carhenge, is an insiders’ tip: cars that are arranged in a circle like the rocks of Stonehenge. Our final destination in this area is Hot Springs in South Dakota, which is called the southern gateway to the Black Hills.

Since we prefer to be in the open air, we skip Windcave National Park with its 202 km long system of caves. Instead, Custer State Park with the world’s largest herd of buffalo, with prairie dogs and many other wild animals is waiting for us. After that, we visit the first famous highlight of this trip, Mount Rushmore. Each of the four presidential heads – Washington, Jefferson, Roosevelt and Lincoln – represents a different way of thinking of the American people.

Less exciting is the Crazy Horse Memorial of the famous Oglala Indian. Of the huge stone picture only the head has been finished – the rest is supposed to take another 100 years. The Needles Highway with its pointed granite towers and its rock tunnel, which allows only one car at the same time, are really spectacular. 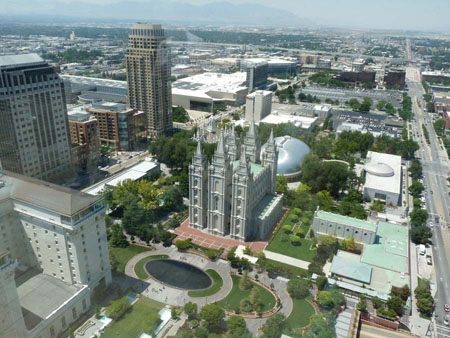 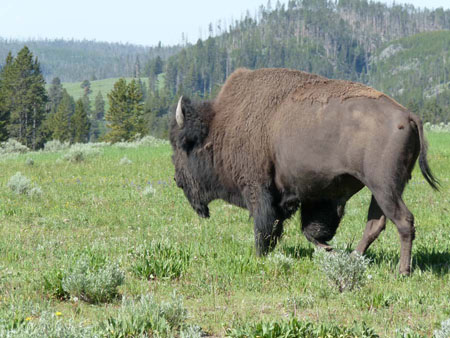 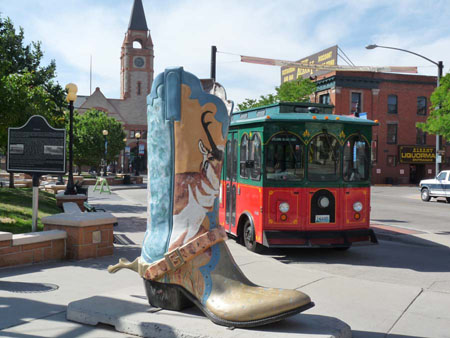 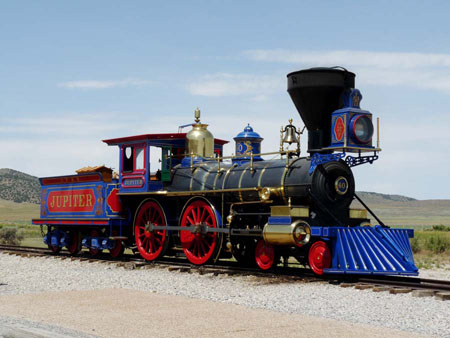 Starting in Rapid City, we take a trip to Badlands National Park. From Badlands Loop, a scenic byway of approximately 30 kilometers, we experience the weird landscape at close range. Wall Drug Store at Highway 90, a big souvenir shop with a café that attracts visitors with a cup of coffee for 5 cents since 1931, is an absolute must see. In Rapid City the Berlin Wall Memorial and the Norwegian church are worth a visit. Spearfish Canyon with the Roughlock Falls can be reached on a short hike, then the next main attraction is waiting for us. Devils Tower is a giant monolithic block and volcano which can be walked around on a trail.

Via Sheridan we reach Montana and the Little Bighorn Battlefield National Monument, where the American army led by General Custer suffered a devastating defeat against the Indians of the region in 1876. In Billings, the largest city and supply base of the region, visitors should not miss the huge snow-white Montana Temple. Crossing Beartooth Pass we head south to our next destination, Yellowstone National Park, without doubt the highlight of this journey. We will stay in central Canyon Village for four nights.

Yellowstone’s little brother right next door is smaller in size; we explore Grand Teton National Park with its rugged peaks from Jackson Hole. Then it is time for the state of Idaho, more precisely for Idaho Falls. It is interesting that the waterfalls are located in the middle of the city. You should also visit the 8th temple of the Mormons which is gleaming white and impressively tall. A long detour west takes us to the Craters of the Moon National Monument. This is how one imagines the landscape on the moon, with lots of lava and pitch-black stones wherever you look. Surprisingly, however, there are also some little flowers which obviously thrive even in this environment.

After we have visited a few more waterfalls in Twin Falls, we move on to the wasteland of Utah – just prairie, brown hills and rocks. The Rocket Garden of the ATK armaments group is a welcome change, even if this is not our preferred industrial sector. Anyway, it is absolutely worth taking this route due to the Golden Spike National Historic Site.

In the middle of the desert, two brightly colored locomotives mark the place where the transcontinental railway lines of the USA were joined in 1869. You have to see that! Via Ogden we finally reach Salt Lake City, headquarters of the Mormons and the largest city between Denver and Las Vegas. The pretty city deserves a full day for sightseeing.

On our way east we pass the Flaming Gorge National Recreation Area (you can almost stroke deer and mountain sheep) and after a while the Green River Dam. In Vernal at the Dinosaur National Monument you can see lots of bones of the extinct reptiles – not exactly our field of interest. At some point, the wasteland of Utah turns into the wasteland of Colorado. At the edge of the Rocky Mountains we spend another night in Steamboat Springs. Via Winter Park (a place we already know) we finally reach Denver, where the round trip ends.