Round Trip through New England

New England – a region you probably remember from the textbooks of your English lessons. Wasn’t there the Mayflower and the Boston Tea Party? A glance at the map tells us more: The cities are called Plymouth, Manchester or Worcester, which sounds very much like England. In addition, there is a dense network of interstates and highways, which suggests a lot of traffic. And indeed: Except for Maine the states are – compared to the states in the west – quite small. Nevertheless, 15 million people live here (for comparison: Nevada is 1.5 times larger than New England and only has 3 million inhabitants). Ok, let’s dive into the hustle.

We start our journey in Boston, by far the largest city in the region and also the capital of Massachusetts. We follow the Freedom Trail, a red strip of 5 kilometers that leads to all important historical sites of the city. Also worth visiting is the campus of the famous Massachusetts Institute of Technology (MIT) in the Boston suburb of Cambridge, where some modern buildings of Frank Gehry are located.

We leave the area around Boston and reach the Atlantic Ocean and its wide beaches for the first time at Halibut Point State Park. Afterwards we cross the border to Maine, visit the summer residence of the Bush family in Kennebunkport and spend one night in Portland, the American harbor closest to Europe. On our way north we visit the Two Lights State Park on Cape Elizabeth (with a beautiful lighthouse) and the Camden Hills State Park (offering a great view from Mount Battie).

Our destination is the Acadia National Park, the only national park in New England; the Park Loop Road leads to many spectacular viewpoints along the coast up to Cadillac Mountain. Close to the park lies the peaceful city of Bar Harbor; peaceful only as long as thousands of tourists from one of the cruise ships do not flood the little town. In Bangor finally you can have a look at Stephen King’s house – a must for all fans of the King of Horrors. 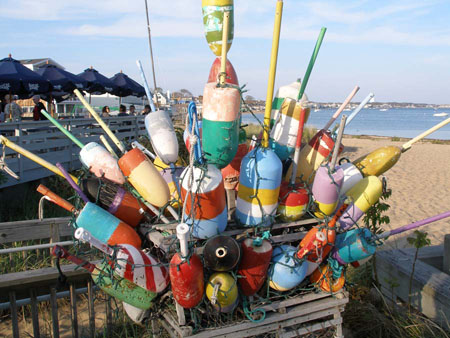 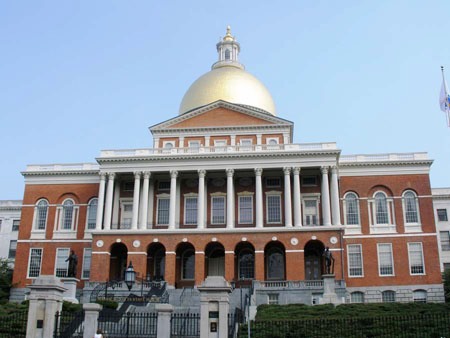 We have never been to Canada before, but that is something we are going to change now. After two hours through lonely forests we cross the border, and another two hours later we reach Lévis on the southern banks of the huge St. Lawrence River. From here we explore Québec City, probably the most European city in Canada, Parc Montmorency with its spectacular waterfalls and the massive pilgrimage church in Sainte-Anne-de-Beaupré. Via Trois-Rivières we arrive at Québec’s largest city, Montréal, where we spend another two days. A few years later we will visit those places again on a long Québec round trip.

Back in the USA, Vermont is the next state on our list. We stroll through the pedestrian area of the university town of Burlington, and after one night in Stowe we go for a hike on Mount Mansfield (with 1.340 meters not very high if you know the Rockies, but really high in this area). In Montpelier, the smallest capital of all the American states, of course we visit the State Capitol.

In the afternoon we have coffee and cake at the Mount Washington Resort in Bretton Woods. In this luxury hotel – we are in New Hampshire now, by the way – the conference that led to the foundation of the World Bank and of the International Monetary Fund took place in 1944. We also recommend Franconia Notch State Park with the spectacular Flume Gorge and a trip to Mount Cannon, which can be reached by cable car.

Via the nice university town of Hanover and the picture-book town of Woodstock with the Marsh Billings Rockefeller National Historical Park, we head for the Green Mountains, which are still quite devastated by Hurricane Irene. At the end of the mountain range is Williamstown, our starting point for a trip to Mount Greylock (with 1,063 meters the highest mountain in Massachusetts) and to MassMoCA in North Adams, one of the most important museums for modern art in the USA.

Now it is time for Connecticut and the Talcot Mountain State Park, which we reach after a ride through a picture-book landscape with picture-book towns and picture-book cottages – that’s how you imagine New England. Hiking to Heublein Tower in the park is worth it, as well as a visit to the Mark Twain House in Hartford, the capital of Connecticut. Our first ALDI in the USA in New Britain is a highlight that probably only the author can appreciate!

The last New England state on our journey and the smallest state in the USA by area is Rhode Island with its capital Newport, where we visit historic downtown and some striking mansions. We finish our round trip at Cape Cod, the Sylt of America. The small towns like Sandwich, Orleans or Eastham are nice to look at; in the north of the island lies Provincetown, the last stage of our journey. After two days of lighthouses, beaches and a lot of Atlantic coast, we stop at Plymouth (where the Pilgrim Fathers landed in 1620 – see my old English textbook); there is a replica of the Mayflower at the harbor. Then we head back to Logan International Airport in Boston.