Wild Beauties of the Northwest

It is our first trip together to the American continent with the full programme from the start: eleven hours of direct flight, a time difference of nine hours – you can’t go much further west. It will remain the only round trip with the friendly support of Meier’s Weltreisen (they did a good job, by the way); future tours we are going to plan by ourselves on the computer.

The following journey tells about the “Wild Beauties of the Northwest” in the states of Oregon and Washington and starts at the international airport of Portland. There is a modern streetcar in the city, a small Chinatown, a historic waterfront right on the wide Willamette River (honestly, never heard of it before) and with Powell’s the largest independent bookstore in the world. America for beginners!

And then we are off into the wild forests of Oregon. At Vista Point in Crown Point State Park we enjoy a fantastic view, followed by the first spectacular waterfalls; the two-storey Multnomah Falls are the highest in Oregon. After one night in Hood River we admire the snow-covered Mount Hood; then we cross the Columbia River and reach the state of Washington. Two more attractions are waiting for us in Toppenish: the Yakama Nation Cultural Heritage Center and about 75 large murals spread all over the town.

The following stations are among the absolute highlights of America’s northwestern region: Mount Rainier (National Park) with its snow-covered peak, which on a sunny day can still be seen in Seattle, and Mount St. Helens National Volcanic Monument, a spooky and at the same time fascinating landscape formed after the volcanic eruption in May 1980. Via Olympia (with the State Capitol) and Tacoma, the center of glass art, we finally reach Seattle, the big city in the northwest of the USA. 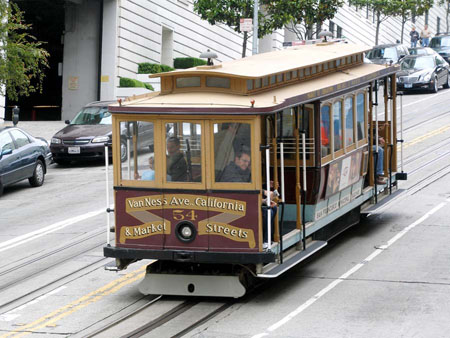 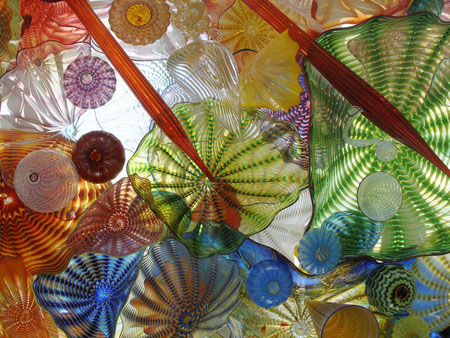 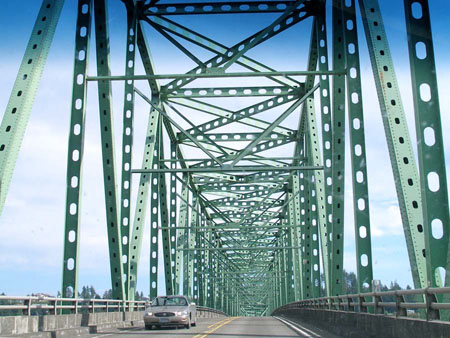 After two days in the city we drive into the wilderness of the Olympic National Park with its completely different regions. From the main town of the park Port Angeles, a steep cul-de-sac leads us to Hurricane Ridge, a beautiful animal and hiking paradise. At Rialto Beach, thousands of logs pile up behind the surf of the Pacific Ocean, and in the Hoh Rain Forest, you could believe you were at the Amazon.

We follow US 101 south and make a detour to Cape Disappointment State Park with its small lighthouse. Near Astoria we reach the state of Oregon again. From the Astoria Column high above the city we have a great view over the delta of the Columbia River, which flows into the Pacific Ocean here.

After visiting the winter camp of Lewis & Clark in Fort Clatsop, we continue to Seaside, one of the most popular seaside resorts on the coast. We visit Ecola State Park (of course with a small lighthouse), Cannon Beach with the distinctive Haystack Rock and the cheese factory of Tillamook, which offers guided tours through the production halls. After a stop at Cape Meares State Park we finally reach Newport at the Yaquina Bay.

Now we leave the coast and head inland once again, namely to Bend in the center of Oregon. From the city’s local mountain, the Pilot Butte State Park, you have an excellent view on the volcanoes and the mountains of the Cascades Range. After a visit to the Newberry National Volcanic Monument Park (again with high summits and magnificent panoramic views) we spend the rest of the day at the shores of deep blue Crater Lake. Even if it is a big detour – Crater Lake National Park is an absolute must see.

The last section back to the coast takes us to the state of California and to the giants of the forests. In the Jedediah Smith Redwoods State Park we can see redwoods that are almost 2000 years old – unbelievable. Behind Eureka the “Avenue of the Giants” leads through the Humboldt Redwoods State Park. Once again, we can admire the giant trees, and there is even a “Drive Through Tree” which forms a kind of gate so that you can drive through it by car. Even more incredible!

Our first tour through America finally ends at the most famous bridge in the world, the Golden Gate Bridge in San Francisco.